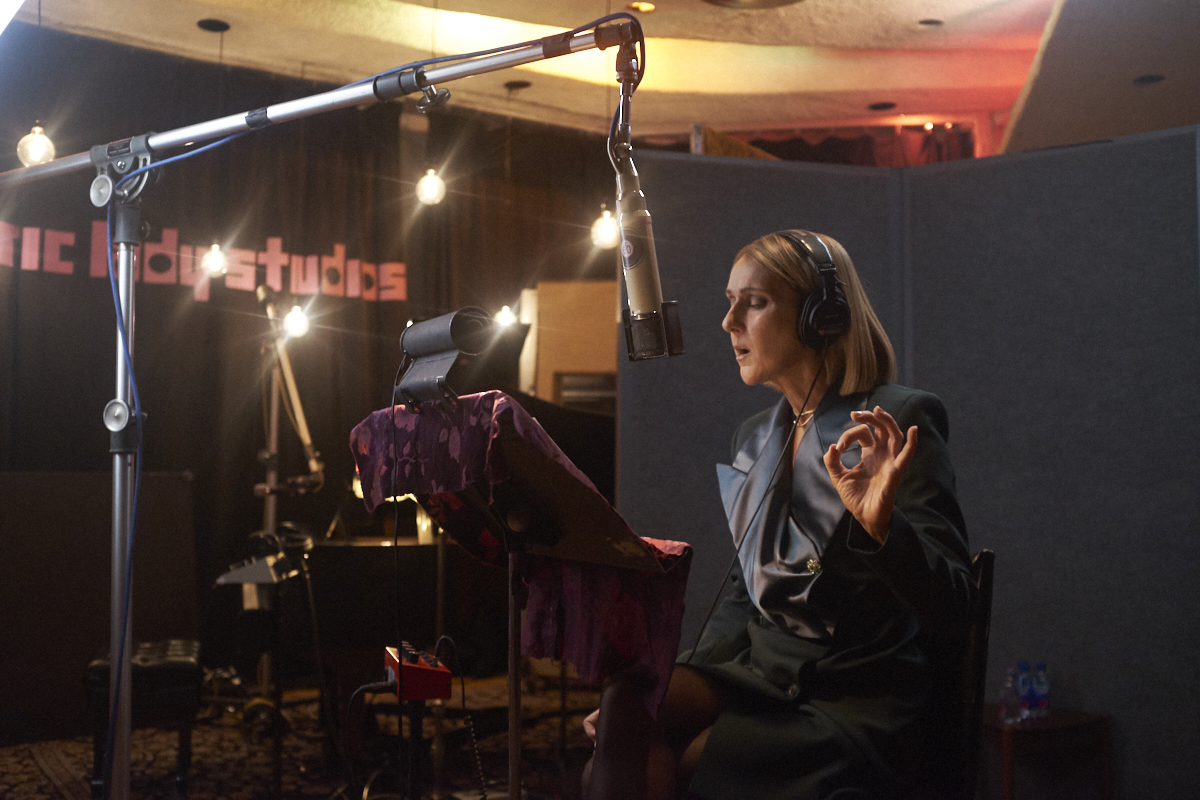 Click here to listen on Spotify
Celine just released her first two ‘Spotify Singles’ including a new take on her own “Imperfections” and a cover of Chris Isaak’s “Wicked Game”.

The Spotify team sat down with Céline to get an inside look at her Spotify Singles:

When you were approached to record the Spotify Singles, how did you select your song “Imperfections,” and then the cover of “Wicked Game” by Chris Isaak featuring Chris on backing vocals?
I chose “Imperfections” because at first, when the song was proposed to me, it was more simple than the production that ended up on the album. I wanted to kind of give fans a bit of the album, but make it more the way that I heard the song the first time.

I chose “Wicked Game” […] because it’s one of my favorite songs of all time for many, many, many reasons. But also I love the black and white music video for the song, of Chris Isaak and Helena Christensen on the beach. It makes me think the whole world wants to be them.

What should your fans be looking for in your cover that’s different than the original “Wicked Game?”
Sometimes you take a song that’s not yours and you make it your own. But sometimes you decide not to. I’ve loved this song so much for so long that I decided to not change it much, I wanted to just respect the original version, which I still think is perfection.

Why are you especially proud of your new album, Courage?
I was so involved in the creation and the creativity of it. I’ve never taken so long to record an album, and the new writers, songwriters, and producers were all phenomenal. It’s the same Celine, but there are some different sounds and I’m trying different things that might be new for fans.

What’s your go-to karaoke song?
I don’t really do karaoke much, but I have to admit that during sound check, when I’m trying to get myself comfortable on stage, I like to make people laugh and just laugh myself. So I pick a Cher song, usually “Believe,” to sing during that.