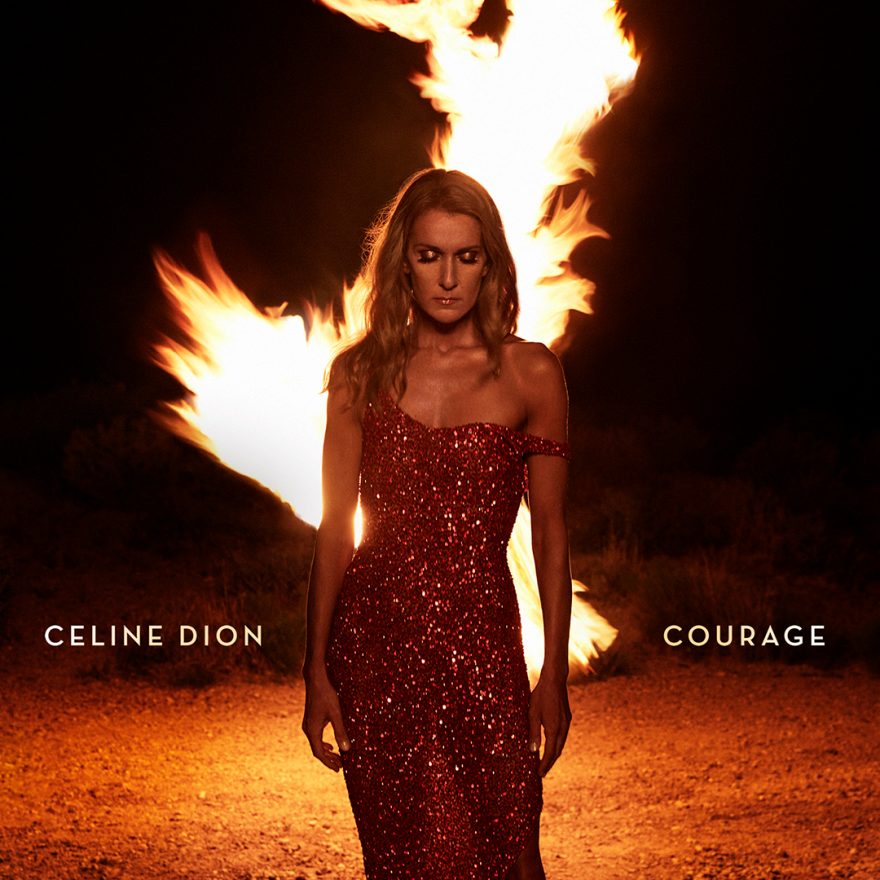 Available today, is Celine Dion’s highly anticipated album, Courage.  Earlier this week, to celebrate the release, Celine debuted the video for Courage (directed by Se Oh).  Yesterday, Celine appeared on CBS This Morning with Gayle King and tonight, she reunites with Jimmy Fallon for The Tonight Show. This Monday, Celine makes her clubhouse debut with Andy Cohen on Watch What Happens Live on Bravo. Celine will also appear on the Macy’s Thanksgiving Day Parade on NBC Thanksgiving morning with a special exclusive debut performance from Courage.

Representing an exciting new creative direction for Celine, Courage is a mix of beautiful ballads and edgy up-tempo tracks.  The album contains 16 tracks, with an additional four tracks on the deluxe version.

Early album reviews are in, with the Associated Press writing: “Dion is like a sonic chameleon that changes colors depending on who is nearby…There are soaring ballads of lost love but mostly indicators of hope and perseverance.”

Celine has been previewing several songs from the new album on her ‘Courage World Tour’, a spectacular live show that has been receiving rave reviews.

“Dion reminded everyone why she’s one of the world’s biggest stars with a forceful, engaging showstopping concert”, Billboard Magazine.

Courage is available to purchase and stream HERE.