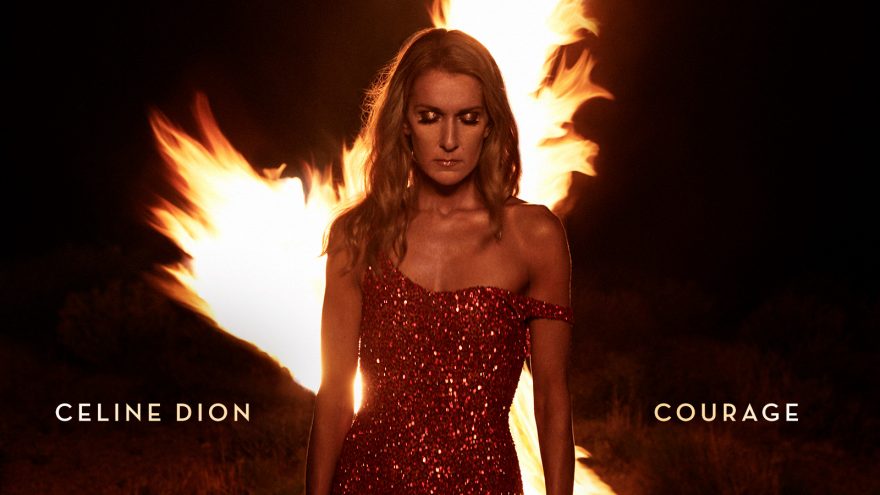 Global superstar Celine Dion has released three new tracks from her highly anticipated album, Courage, today via Sony Music Entertainment Canada/Columbia Records. “Imperfections,” “Lying Down” and “Courage” are new tracks from the eclectic album, each representing an exciting new creative direction for Celine.  A mix of beautiful ballads and edgy up-tempo tracks, Courage is her first English album in 6 years and will be available everywhere November 15th. Courage is available for preorder now HERE.

“Imperfections,” examines the lens of self-criticism and was written by Ari Leff, Michael Pollack, Nicholas Perloff-Giles, Dallas Koehlke (‘DallasK’) and produced by DallasK. “Lying Down” reminds us all to change our mindset to move forward after a poisonous relationship and was written by David Guetta, Giorgio Tuinfort, and Sia Furler. The title track “Courage” is an anthemic call for strength and fierceness when you are on the precipice of a new challenge, and was written by Stephan Moccio, Erik Alcock and Liz Rodrigues. Also featured on the album is the previously-released “Flying On My Own,” which Celine performed on the last night of her historic 16-year Las Vegas residency. The song was written by Jörgen Elofsson, Liz Rodrigues and Anton Mårtensson, and marked Celine’s first step in the bold next phase of her career.

Tonight also marks the launch of Celine’s ‘Courage World Tour.’ Stopping in over 50 cities across the U.S. and Canada, the massive tour kicks off with the first of three concerts in Quebec City before heading to Montreal for a six-show residency.